Ruth Lake was the brain-child of nine golf-loving businessmen from Hinsdale. The intention was simple. "We went into this, " they wrote in the February 25, 1922 edition of The Doings, "to save the property primarily for ourselves, so that we may enjoy golf, and other summer and winter sports here in perpetuity at a small expense."

The first nine- Harvey Conover, Wayne C. Dawson, Will Edwards, Willard Krohn, Lloyd Myers, Arthur Meyers, Chester Ruth, Frank Schaefer, and Phillip Williams- had enjoyed the spot for years, "Skate Sailing, and Hunting around the 20-acre Ruth Lake. The property surrounding Ruth Lake leased by the nine founders was 160 acres, commonly known as Dixon Farm. The Club's Formation, too, was in keeping with the wishes of the man for whom it and the lake was named. Linus Ruth, one of the Hinsdaleans killed in WWI, son of a local judge, was "one of the early enthusiasts for this lake as a bird sanctuary and place for winter and summer sports, " according to the February 18, 1922 edition of The Doings.

"The Dixon Farm at 55th and Madison was of interest but resulted in "no sale". Traveling south to 59th and Madison the Godair Property took their eye. Retaining the site of the present Godair Home (later torn down in 1979), the Trustees sold the remaining 161 acres to this local group." - Cushing

Ruth Lake Country Club was founded in 1922 as a "Fifty Dollar a Year" golf club, according to The Hinsdale Doings newspaper. In 1922, 150 members joined for the $50 initiation fee (payable in two installments), with dues for 1923 also $50.

By August, members were busy writing bylaws and planning the first competitive event, complete with a President's Cup prize, to be given away by the forest club president, George D. Ostrum. David Foulis had been engaged to lay out the new course, which had a target completion of the following June.

According to the earliest history of the club, initially five holes were laid out in the farm land that surrounded the lake. Play started at the farm house, located near the present entrance to the club, with the forest two holes following the contour of the present 17th fairway. The third hole, now No. 18, crossed the lake. The Fourth and fifth holes proceeded south, back to the location of the farmhouse. 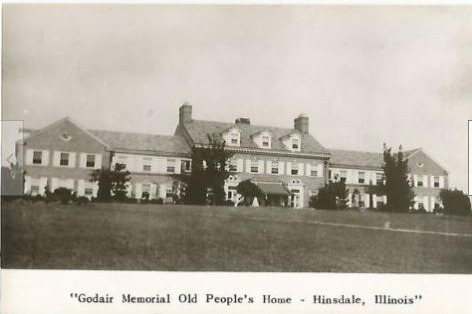